The Seventeen year old condition has started the week of August with a high standard when it comes to Korean Drama that talks about romance and teen love, prior to its premiere on the 5th of August it made a huge noise on different social networking sites.

The fans of Seventeen Year Old condition is expressing their admiration for the series, which offers different genres of drama, it can be compared to a full course meal, the appetizer which is the premier the main course which is the climax of the story and the dessert or the finality of it. It might sound exaggerated but that is really the way to describe how great this new drama is.

The story talks about Min Jae played by Yoon Chan Young and Seo Yeon played by Park Si Eun, their difference will give us a lesson and will let us reflect on what kind of attitude we have as a person. The series also tackles their lives as a student which will make us want to get back to school and you will surely reminisce your time when you were still studying.

Min Jae is just an ordinary male High School student and his character is not far from others, he also is a simple man and carrying a quiet Image. He is not really a fan of talking, his quiet identity keeps him so mysterious, however, behind that not so talkative side of him the fact that he is an intelligent student cannot be hidden since he is always getting a high grade and he has never been included in any trouble, I would say that he can be a role model of the campus in that sense. 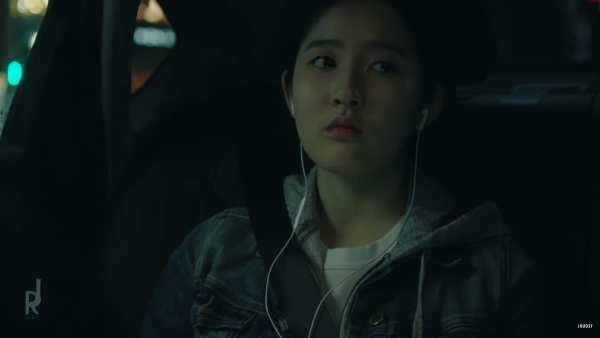 Another important character in this series is Seo Eun, an ordinary girl who is also studying in the same school where Min Jae is studying, They also graduated from the same middle school, her simplicity captivated the heart of the viewer. Behind her simplicity and usual looks, the pain that she keeps inside her heart will surely move us and will bring tears to our eyes, Seo Eun’s parents separated two years ago, so she needed to face the adjustment of living just with her mom since then.

The story circles the pain and growth that the two main characters have experienced while growing up. Min Jae’s sensitive personality and Seo Eun simplicity will create great chemistry that will surely be added in the Korean Language, In totality, commendations should be given to the actors who are really effective in portraying the characters that they are handling.

I’m hearing a lot of assumptions about this series of Seventeen year old condition, but whatever would be the content of the incoming episodes I’m pretty sure that it will not disappoint the viewers and avid supporters of the actors and the series. I know that your nights when watching this K Series will all be worth it so prepare your chips and drinks and be ready to be enticed by this one!